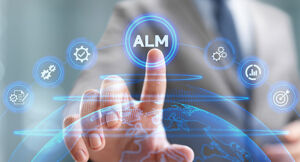 When I was asked to write this editorial on ALM strategy at OEMs, my response was extremely enthusiastic. Application lifecycle management is one of the areas that my team at BHC and I focus on in our customer projects. We have also just published a study together with PROSTEP that looks at how companies strike a balance between PLM and ALM.

For anyone not immediately familiar with the term ALM, ALM or application lifecycle management, as the name suggests, strives to provide a holistic approach to managing software throughout its lifecycle. ALM encompasses a wide range of different disciplines such as requirements engineering, build and release management, configuration management as well as test and defect management. Originally conceived by leading software vendors in the early 1990s, ALM in its various forms has now become firmly established in companies in a wide variety of industries and is supported by a wide range of IT tools.

The exceptionally important and increasingly strategic role that ALM concepts play quickly becomes clear in the context of developments in recent years. Products like cars, which used to be largely shaped by mechanical engineering requirements, now include an increasing number of mechatronic or software-driven functions and services. Although this means that OEMs are also taking a closer look at ALM concepts, my experience indicates that up until now they have only been used for individual departments, disciplines or functionalities rather than being applied end-to-end.

However as software-driven products become increasingly important, ALM is also moving into the strategic limelight. One of the focal topics in this context is an end-to-end approach to ALM. It is not enough to limit ALM to just the vehicle development phases. Instead, this approach needs be established end-to-end: from development to production through to after-sales processes.

Another topic that is crucial to success when examining an ALM strategy is organizational change management within the company. It ensures that all employees feel included and identify with the new direction being taken. A selective and lukewarm approach is unlikely to succeed.When it comes to these two issues, OEMs are currently making an unprecedented effort to enhance the importance of the role that software development and software-driven business plays. In my opinion, this is absolutely the right course of action and important since the capabilities associated with an ALM concept are essential and without alternative for their future business success.

In addition to the methodological and organizational considerations, it is just as important to determine which tools, or which IT tools, can and should support a powerful and integrated (end-to-end) ALM concept. On the one hand, leading PLM vendors are bringing themselves into position with in-house solutions and the promise of maximum end-to-end digitalization while at the same time minimizing interfaces. On the other hand, there are players that focus solely on ALM tools and make it easy to integrate these tools in existing architectures by providing a wide range of connectors.

The latter currently seem to be ahead of the game. If the results of our study are correct, the best-of-breed approach, i.e. combining IT systems from different vendors, is the method of choice. Most companies choose the most suitable tool for the task at hand. This not only makes it possible for them to act faster but also avoids potential major construction sites in the complex ecosystem of an OEM’s engineering backbone. You will find our study here.

When implementing an end-to-end ALM concept, companies need to rethink their existing and often outdated processes, ways of working and IT tools and give thought to new approaches and ideas. Achieving end-to-end digitalization across different domains is a huge task – but fortunately the resulting opportunities and prospects are also huge. As I have said, the team at BHC has been dealing with the topic ALM for years and can therefore provide you with optimum support for your projects and individual issues.