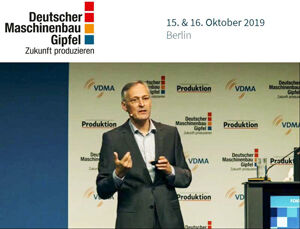 The Secure Additive Manufacturing Platform for the secure exchange of 3D print data, which PROSTEP has developed together with partners, is becoming a prime example of the industrial use of the blockchain. No matter where we present the results of the SAMPL project, the solution is very well received. At the IoT Solutions World Congress in Barcelona, we demonstrated how it can be used to print licensed spare parts for the Mars Rover.

Hamburg – Berlin – Barcelona – Frankfurt were the stops on our SAMPL tour. First, we presented the results of the BMWi-funded joint project together with our partners at  the User Day at the Centre for Applied Aviation Research (ZAL) in Hamburg. More than 70 participants from industry, research and development were able to convince themselves that the blockchain-based solution for the forgery-proof exchange of 3D print data and the unambiguous identification of printed components is ready for industrial use. This was demonstrated by the experience reports of users and service providers in the field of 3D printing technology. For example, Weidmüller, the manufacturer of control cabinet systems, was the first industrial user to produce a component on a metal-based 3D printer from SLM Solutions using the SAMPL Chain of Trust.

At the Mechanical Engineering Summit in Berlin, we presented the project to over 700 participants. We had intensive discussions with many of them about the use of the technology, which showed the growing interest in the SAMPL Chain of Trust. In order to present them to an even broader, global public, PROSTEP took part for the first time this year in the IoT Solutions World Congress (IoTSWC), the world’s largest event for industrial IoT applications. Over 16,000 people from 120 countries attended the event, where over 350 exhibitors from all over the world presented their IoT, AI (Artificial Intelligence) and blockchain solutions. In 200 lectures, discussions and presentations they could inform themselves about the current technological trends in the field of the industrial Internet of Things and about the previous experiences with IoT solutions. We took the opportunity to present the SAMPL project to the visitors at the blockchain Conference in a 45-minute lecture. Many listeners wanted to learn more about how they can protect data with the blockchain against subsequent manipulation.

SAMPL was also the secret protagonist of the joint testbed stand where PROSTEP, the prostep ivip Association, the International Dataspaces Association, innovalia METROLOGY and FIWARE Foundation demonstrated the interaction of IoT applications, model-based systems engineering and industry 4.0 using the example of the Mars Rover. The model of the remote-controlled vehicle for exploring the red planet, which PROSTEP developed on the basis of data provided by NASA and supplemented by sensors and actuators, serves as an open testbed for testing digital twin scenarios. It was one of the eye-catchers of the organizers, as the video of the third day of the event shows.

The spectators were amazed at how the Mars Rover itself triggers the licensed and automated 3D printing process for a defect component. This was made possible by the integration of SAMPL and an AI-based solution into the testbed.

In order to intensify the contacts to existing partners and to establish new contacts, we travelled with the SAMPL Chain of Trust this year also to the formnext in Frankfurt. formnext is the world’s leading trade fair for additive manufacturing and next-generation intelligent industrial production. The use of the blockchain in 3D printing met with great interest among the manufacturing specialists and brought us into conversation with potential customers who are faced with the question of how they can safely integrate additive processes into their global manufacturing processes.

Our solution for the tamper-proof exchange of 3D print data and the unambiguous identification of printed components has also impressively demonstrated its practical suitability in Barcelona. The challenge now is to bring the application to industrialization. PROSTEP intends to work closely with manufacturers of 3D printers and 3D printing service providers in the industrialization process. At the User Day in Hamburg, several companies exhibited SAMPL-enabled 3D printers, including 3DMicroPrint and SLM Solutions. The company NXP demonstrated how components in 3D printing can be identified without a doubt by automatically inserting an RFID chip.

The importance of the blockchain was underlined not least by the publication of the blockchain strategy of the Federal Government in September. In addition, the EU Commission has just approved a new technology fund worth two billion euros for AI and blockchain technologies.

During the discussions, we were also approached with new requirements from the field of medical device technology for which the documentation of process data or the materials used is of interest rather than the licensing of print jobs. Ensuring that this information cannot be changed is a key component of blockchain technology. In this way, blockchain integration also opens up new areas of application for our OpenDXM GlobalX data exchange solution. All essential prerequisites have been created for the implementation of a blockchain demonstrator. Contact us if you would like to find out more about the possibilities of the blockchain.