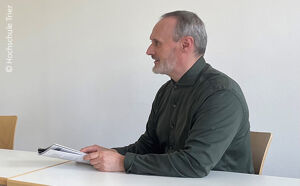 It is not just cars that are increasingly being tailored to customers’ wishes but also other products. As a result, the number of variants is increasing. Professor Georg Rock from the Software Engineering department at Trier University of Applied Sciences explains how manufacturers can better get to grips with variants and what challenges they face when managing them. He is a specialist in variant management.

Question: Why is the number of variants continuing to grow? Is this a global trend or a typically German phenomenon?

Rock: I think that it is indeed a phenomenon that is being driven primarily by German carmakers. The traditional drivers of variance have remained the same everywhere in recent years – right and left-hand drive, different climate zones, country-specific emissions legislation and traffic regulations. In Germany, on the other hand, companies are trying to go further and occupy certain niches, offering customers a highly customizable vehicle because they assume that’s what they want. At the same time, they see an opportunity to consolidate their hold on these niches and increase profits as a result. When you try to configure a vehicle from a German premium manufacturer, you’ll often find that it’s going to keep you busy for very long time. With other manufacturers, even well-known manufacturers of electric vehicles, it is not uncommon to be able to completely configure a vehicle with less than ten clicks. You would have to ask the customer which of the two is right. In my experience, extensive variance tends to overwhelm customers, especially where many features preclude others.

Question: Is variance no longer a competitive advantage for German carmakers?

Rock: I think that it’s a competitive advantage that will gradually dwindle because purchase decisions will in future depend more on the performance of the software. How good is the voice recognition, how good is the experience of operating the vehicle? The emotions that people used to have about the engine or the driving experience are becoming associated with the features inside the vehicle. And in that context, people want everything they are familiar with from their smartphone or smart home application. People want to be able to talk to the vehicle and no longer have to go to the effort of pressing buttons to operate the cruise control, for example.

Question: You just mentioned software. Isn’t that also a driver of variance?

Rock: Software is both part of the variance problem and part of the solution. It can be a driver of variance but, on the other hand, it can also considerably simplify the whole issue by allowing the available functionality to be delivered in separate packages, even at a later time. Software offers the option of actually introducing variance very late in the process, even to the point that you don’t put it on the vehicle until it is in the customer’s hands. When it comes to software complexity, in 2010, we had around ten million lines of code in a vehicle, by 2020 it had already reached the 100 million mark and, if you include autonomous driving, we will probably be well above these figures in the future. It will not be easy to find a satisfactory variant management system that can handle this. On the other hand, it may be that, in certain areas, the software will no longer be developed by the carmakers themselves but will instead be made available as open-source software and will constantly be developed further by the community. It will be very interesting to follow this development.

Question: How customized can a shared autonomous vehicle of the future actually be?

Rock: Let me give you an example. I recently hired a rental car and tried to start the navigation system by voice while driving. And I managed it just fine. But the route it calculated was a disaster because someone before me had set the system to “avoid motorways” and “allow ferries.”
Also, the voice prompts were disabled, so the system didn’t communicate with me. But you don’t want to have to pull over and deal with the system. So the question is how do we manage to make the whole vehicle, including the navigation system, in a rental car feel much the same as in any other car. Car sharing models where you constantly have to relearn the interface will not result in satisfied customers. We know from experience that one negative experience needs three positive ones to make up for it. So we need cross-vehicle memory systems that provide the vehicle with certain information about me and my preferences when I get in.

Question: Isn’t there a conflict of sorts between variance and sustainability?

Rock: Sustainability is a complex issue. Sustainability rests on different pillars: ecological, social and economic. So, to answer the question of the extent to which variance is sustainable, you would have to conduct an in-depth analysis to assess its impact on these three pillars. And I haven’t done that yet. But there is no doubt that too much variance inevitably leads to complex processes that certainly can’t be seen as environmentally friendly or sustainable even just in terms of the amount of energy required for vehicle development.

Question: What do carmakers and other companies need in order to better manage variance?

Rock: I think German carmakers have variance well under control. Since the early 2000s, the performance of SAT solvers has improved dramatically, which makes it possible to formally analyze the models associated with the product lines very well. It is also possible to describe the impact of configuration very well and generate very good associated manufacturability analyses. Today, a number of manufacturers are employing a modular approach where they use a common base for individual vehicles and build different variants for individual segments – even across product lines.

Question: Should other industries use this as a model?

Rock: They can take their cue from the methods used. Companies outside the automotive industry still treat this issue very much like an afterthought. They start by concentrating on developing the actual product and then, at the end, add variant management on top. And this often doesn’t work. You have to include variant management in the development process right from the start.

Question: I assume that this would also reduce unnecessary variance?

Rock: Exactly. If I specify the variance in advance, I can investigate how many products I can actually build based on my variant model, which products are purchased how often, and which variants are most costly. Then I can decide which variants I can drop while minimizing the loss of customers. Variant development is very expensive, so I have to decide what is economically justifiable and what is sustainable.

Question: What are the challenges faced by companies in the context of variant management?

Rock: I think that specifying variance and maintaining the formulas associated with it poses a major challenge. If you handle variance using logic, you have to maintain the underlying data structures and formulas accordingly. They have to be up to date. Another challenge is training in this very specific field and the associated lack of specialists. Formal verification is a very specific discipline and is often perceived as rather difficult by students. Then there is the user interface and the visual representation of the variance. Just try to completely configure a vehicle using the configurator provided by any German manufacturer and you will see how complex this can be. In addition, there are equipment packages that could also have been selected. I reckon that a customer would have to spend a long time studying the different options to find the configuration that suits them best. And that’s just the way that customers experience variance. This can only be managed with efficient verification systems.

Question: What do you mean by “verification systems”?

Rock: When you describe a product and its variants, you usually do so with rules that say, for example, if I choose this engine, then I need this control unit. These rules take a certain form. In order to analyze them, you need a system that can think about these formulas and verify, for example, whether a certain element in the product line can actually be fitted. This can only be done with a verification system, typically a “SAT solver”.

Question: How can artificial intelligence help with this?

Rock: You have to make a distinction here. When people talk about AI today, they almost always mean machine learning, which generates knowledge from experience. However, there is another branch of AI, namely symbolic AI, which is my background. It is the generic term for all methods in which systems try to solve a given task using logical reasoning. For example, the specification of the variance is checked using verification rules to establish whether certain statements are true or false. So it can be said that AI has always been part of variant management. The question that researchers are currently investigating is whether it is possible to combine these two approaches so that they can, for example, alternately answer questions and provide verification.

Professor Rock, thank you very much for talking to us.
(This interview was conducted by Michael Wendenburg)

Professor Georg Rock has held the chair of the software engineering and logic department at Trier University of Applied Sciences since 2010. The focus of his research includes software engineering, variant management, and logic. Rock studied computer science at the University of Saarbrücken, Germany, and received his doctorate there for his thesis on the verification of real-time properties in hybrid systems. He subsequently worked at the German Research Center for Artificial Intelligence, where he focused on formal software verification and security analysis. He gained several years of experience in industry as a senior consultant at PROSTEP GmbH in the fields of requirements management and variant management.