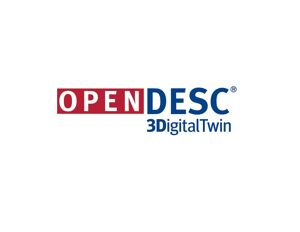 Up-to-date 3D documentation not only makes it easier to maintain and operate plants, it is also vital when it comes to modernizing them. However, creating CAD models or digital twins of existing plants manually is a time-consuming and costly process. PROSTEP’s AI-based 3DigitalTwin solution can make this process much faster.

Only very few plants have up-to-date 3D documentation. Despite having been planned using 3D CAD systems, once they have been built, the plants usually no longer correspond to the planning status. In order to keep the documentation actual, the existing plants have to be re-modelled. This is currently done manually on the basis of a 3D laser scan, making it time-consuming and costly.

To do this, planners import the corresponding point cloud into their CAD system. This serves as a template, and models of the equipment, fittings, pipe components and installations are positioned manually in the point cloud. However, because not only the relevant piping system but also the entire surrounding area is captured during scanning, the planner often fails to see “the forest for the trees”. The modelling is correspondingly challenging.

PROSTEP’s 3DigitalTwin solution makes modeling existing plants faster and cheaper. The core of the solution is AI-based software that is able to automatically recognize object structures, such as pipelines and equipment, in the point cloud. This process is referred to as segmentation and makes it possible to separate the equipment and piping system from the surrounding area – including the steel structure – and store it as separate point clouds. The software also reduces the volume of point cloud data to such an extent that they can be easily processed in CAD systems.

The service is provided by PROSTEP’s data logistics experts. Customers send their scan data to OpenDESC.com and we send them individual point clouds of the equipment, pipe system and surrounding area with a reduced data volume. The design engineers can then load them into their CAD system and show and hide plant components as needed, thus allowing them to focus on remodeling the piping system. This not only makes the planner’s work easier; it also saves time and – no less important – costs.

Our AI-based object recognition allows to determine geometric information, such as center line, diameter, dimensions as well as the position and orientation of the recognized objects in space, in the next step. This information enables an automated generation of 3D models from the point cloud. Additionally, the models can then be compared to P&IDs of the existing plant and enriched with the metadata. When performing this step, we work closely with the plant engineering specialists from Schuller & Company.

You can find out more about the new solution and the advantages it offers in our new white paper and in our brochure at 3digitaltwin.opendesc.com.