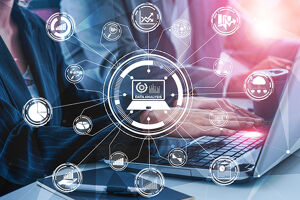 Heterogeneous IT system landscapes lead to higher IT costs and make collaboration more difficult. Putzmeister has therefore consolidated the CAD and PDM landscape at its French subsidiary PL2M and integrated it in the group-wide environment. The PLM experts at PROSTEP assumed responsibility for converting and migrating the Pro/ENGINEER Wildfire data, including the design history, to the NX format.

Founded in 1958, the Aichtal-based Putzmeister group of companies is now one of the world’s leading manufacturers of concrete pumps, shotcrete machines, batching plants, truck mixers, mortar machines, conveyor belts and industrial pumps. The machines are used not only in the construction industry but also in mining, tunnel construction and the energy industry. Following its acquisition by the Chinese construction machinery manufacturer Sany in the aftermath of the global financial crisis, Putzmeister has returned to growth, achieving sales of approximately 700 million euros in the 2019 financial year with a workforce of just under 3,000 employees.

The group has also grown by acquiring smaller competitors such as the French company PL2M, which manufactures mortar machines. For years, collaboration between the French subsidiary and other subsidiaries in the group was hampered by the different systems being used. The product developers in Floirac, France, worked with the CAD system Pro/ENGINEER Wildfire 3.0 and managed their CAD data with the PDM system PTC Windchill, while NX and Teamcenter from Siemens Digital Industries Software are used group-wide.

Putzmeister decided to replace the CAD and PLM systems used at the French subsidiary and migrate its data to the group-wide environment with the aim of elimination the cost of maintaining two system environments and making it easier to reuse components. The French subsidiary however wanted to be able to continue using their CAD models and drawings in the new environment. This meant that their Pro/ENGINEER Wildfire 3.0 CAD data had to be converted to the NX data format, imported into Teamcenter and be correctly linked there to the metadata using appropriate mapping tables. They were classified and assigned a status during import.

Putzmeister used the services provided by the PLM experts in PROSTEP’s OpenDESC team to convert and migrate the CAD data. They were the only ones with the appropriate tools and the know-how needed to implement the project in the tight timeframe of three months, as Helmut Kockelke, project manager at Putzmeister, points out: “Without PROSTEP, we wouldn’t have been able to complete the migration project on time and on budget and ensure that the migrated data had a high level of quality. The collaboration was extremely professional.”

PROSTEP and Putzmeister defined the requirements for the CAD/PDM migration in a joint workshop. It quickly became apparent that it was not enough to simply convert the geometry. In the new environment, the users wanted to link intelligent CAD models to assemblies using knowledge about relations and have associative drawings, to be able to reuse the data optimally. To convert the features, PROSTEP therefore integrated the CADfeature software from its technology partner ELYSIUM in the conversion path.

The conversion of features was the biggest hurdle in the migration project along with the correct mapping of the drawing views. Once converted, components cannot be simply overwritten by new versions of the file, which made incremental conversion difficult. Another challenge was the fact that existing items had to be enriched with additional information via the SAP interface from Siemens Digital Industries Software. Thanks to their in-depth conversion know-how, PROSTEP’s team of experts was able to solve these problems. They also developed a postprocessor for Putzmeister that adapted the assembly structures to the group-wide standard following conversion and distributed the elements of the components over the defined layers in NX.

After a successful test run, PROSTEP converted a total of approximately 7,000 CAD models and drawings with a very high success rate. All the files were transferred with the exception of three or four models. Thanks to the standard routines for PLM migration and integration provided by PROSTEP’s proven OpenPDM platform, it was also possible to quickly and easily import all the converted data into Teamcenter. Users obtained information about any post-processing performed from reports that PROSTEP automatically created for them.

Thanks to its time-tested tools and high level of expertise, PROSTEP was able to adhere to the tight schedule and complete the project on time. This allowed the existing CAD and PLM systems in France to be taken out of service. This consolidation not only makes it possible for Putzmeister to save costs for licenses and system administration but also standardizes the product development methods toolbox. This makes it easier to exchange existing components and facilitates collaboration throughout the group.