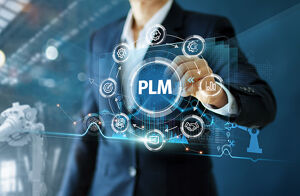 What news to start the year with: according to the Bloomberg Index, Germany was the most innovative country in the world in 2020. But are we also the first when it comes to using innovations? Looking around, I unfortunately have the impression: No. While others see new technologies as a panacea, we prefer to deal with their risks and side effects. The question is whether Corona will change anything. It was raised by the FAZ in an article with the nice title “Fortschritt wider Willen” (progress against one’s will), which I recommend you to read.

The human and social toll of the Corona pandemic is devastating. So far, more than 2.5 million people worldwide have died from/with Corona, and many of those who fell seriously ill are still suffering from late effects today. The pandemic has exacerbated social differences around the globe, although this is not as noticeable in Germany thanks to the welfare state. And it has turned our social life completely upside down, with no sign of when we will get back on our feet. So it’s hard to find anything good about the virus at all.

Nevertheless, there are positive sides. The fact that we have managed to develop not one, but several effective vaccines in less than a year is an incredible success – a success that would not have been possible without the close cooperation of the global research community. It shows that we definitely have the potential to solve the pressing problems of humanity if the insight into the necessity is there. One can only hope that this insight will also prevail for other human problems such as poverty and hunger or global climate change.

On other issues, the Corona record is rather mixed. The promised digitalization boost has largely remained a myth, wrote Handelsblatt at the end of last year. Although the economy did invest in digitalization in 2020, the digital breakthrough did not happen. In many cases, analogue technologies have been replaced by digital ones and existing processes have been quickly digitalized without questioning the processes behind them. Or as a Bitkom study states: Most managers are concerned with getting through the crisis in one piece, instead of using digitalization to open up new business areas or for a new positioning.

However, it is also true that Corona has set something in motion in Germany that perhaps cannot yet be expressed in figures but can be felt. Many people have learned to use information technology and have become curious about what else can be done with it. Both in the private sphere and in the work environment, the willingness to get involved with new technologies and to experiment has increased. Workers appreciate the advantages of the home office, grandparents communicate with their grandchildren via Zoom as a matter of course, families shop on the internet every day, etc.

People – and by that, I mean especially the older ones among us – are beginning to accept the new technologies despite their limitations because their advantages outweigh them. The most impressive example for me is that board members of German car manufacturers have been releasing vehicles digitally since Corona, even though the digital models cannot completely replace real prototypes. That is a novelty. Until now, the new not only had to be better than the existing procedures and processes, but also as similar as possible. Quite a few IT projects have failed to square this circle.

Yes, digitalization has not yet triggered the productivity boost that was hoped for because we have often driven with the handbrake on for fear of the consequences of acceleration. However, the pandemic has made us throw many concerns overboard and modernize our work processes. If we succeed in maintaining this dynamic, productivity and also wages could rise again after the pandemic, as the aforementioned FAZ article states. We have to rethink our processes, become more agile and also take some risks. This requires courage and a fail-fast culture that forgives mistakes because they already carry the seeds of improvement.

Rethinking processes is our strength at PROSTEP. In recent years, we have supported dozens of companies in putting their PLM processes on a new footing. The experience gained from these customer projects has been incorporated into our capability-based consulting approach, which we will be presenting to a larger group of interested parties for the first time at the PROSTEP CONSULTING DAY. I cordially invite you all to register.