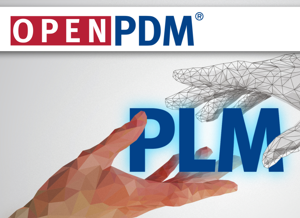 Darmstadt, October 2020 – Continental AG, one of the world’s largest automotive suppliers, has been using PROSTEP’s OpenPDM product suite for a year now. Use of the world’s leading platform for PLM integration, PLM migration and PLM collaboration not only reduces the time and effort involved in migrating data in the context of the carve-out of the subsidiary Vitesco, but also helps Conti harmonize its heterogeneous PLM landscape. Some of the group’s divisions are still working with SAP PLM software, which is to be gradually replaced by PTC Windchill, the most widely used PLM system at Conti.

With a workforce of over 241,000 and sales of 44.5 billion euros in the 2019 financial year, Conti is one of the largest automotive suppliers in the world. The company has carved out the entire Powertrain division, including electric drive technology, and created an independent subsidiary, which is to be floated on the stock exchange under the name Vitesco Technologies. To ensure that the carve-out is not delayed by a long system selection process, it is intended that Vitesco, if possible, uses the same systems and configurations as before.

Within the framework of the carve-out, PROSTEP took on the task of extracting the product data relevant to drive technology from the existing Windchill installation at Conti and migrating it to a separate instance at Vitesco. It was possible to automate this process with the help of OpenPDM and the standard connectors to PTC Windchill. The logging of all exchange processes also ensured that the data arrived in the target system with a controlled level of quality.

Conti is also using the PLM integration platform in the context of replacing the SAP PLM installation with Windchill. Although an engineering service provider has already migrated the majority of the company’s inventory data in the course of a bulk migration, sovereignty for processing the data was not always transferred to Windchill. There is sometimes still a need to use SAP PLM and to allow the users to decide when they want to transfer the data together with sovereignty over the data to Windchill. PROSTEP has created an OpenPDM-based integration between SAP PLM and Windchill that provides users with the functions they need to perform ad hoc transfer.

“At Conti, OpenPDM is being used in two different scenarios that show how flexibly our integration platform can be adapted to accommodate and meet different requirements,” says Bernd Döbel, Head of Sales at PROSTEP. “While Windchill-to-Windchill migration in the run-up to the carve-out involved a highly automated process, transfer of data from SAP PLM to Windchill is managed by the users themselves. In both cases, however, the data is transferred in a fully-automated asynchronous process that runs in the background.“